Volatile Organic Compounds (VOCs) are organic chemicals that are damaging to human health. Many VOCs are found in building materials and home improvement products and can off-gas (release their harmful emissions) into indoor air. Due to the risk to human health, VOC level compliance in consumer products is patrolled vigorously by Public Health Organizations. But in the recent past some companies have attempted to put profits before the health of their customers and it hasn’t turned out well for them. Here are some examples: 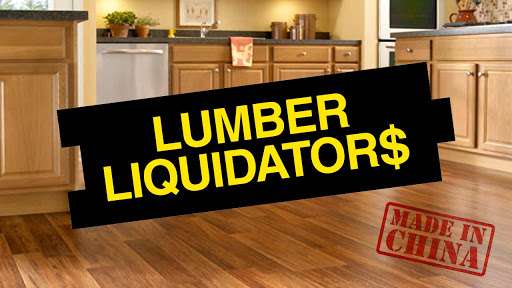 North America’s largest specialty retailer of hardwood flooring was heavily criticized in a 2015 report by CBSs 60 Minutes for selling Chinese manufactured product that contained nearly 20 times the legal level of formaldehyde. It was estimated that “tens of thousands” of households in California and “hundreds of thousands” across the United States had installed the flooring. The report further alleged that the wood was falsely labelled as being CARB Phase 2-compliant, referring to the California Air Resources Board, which sets the standards for formaldehyde emissions in world flooring.

Formaldehyde is a VOC and known carcinogen. It can cause myeloid leukemia and nasopharyngeal cancer at high levels and respiratory issues and well as eye, nose and throat irritation at low levels.

Lumber Liquidators founder Tom Sullivan initially denied any wrong doing by the company, even going as far as posting a rebuttal on Forbes.com claiming a short-sellers conspiracy and that “Lumber Liquidators products are safe and only 15% of inventory is laminate from China”. But independent testing of a wide variety of samples showed the Chinese laminate averaged seven times the state standard and some were close to 20 times.

Even today, the scandal continues to dog the company: as recently as Jan 21, 2020 shares in Lumber Liquidators Holding Inc slid about 10% after Morgan Stanley downgraded the stock to the equivalent of sell, citing competitive and operational headwinds stemming from the 2015 fallout.

The four companies: Benjamin Moore & Co, ICP Construction Inc, YOLO Colorhouse and Imperial Paints LLC were accused of misleading consumers over the VOC levels in their paint products. Some promotions even made explicit safe claims regarding babies, children and pregnant women all of which the FTC said were unsubstantiated.

All of the paint products emitted VOCs during the painting process and while drying and the FTC said the companies did not possess the appropriate scientific evidence to prove their paints would not emit chemicals that could materially harm consumers.

The FTC also claimed that the companies circulated misleading information to retailers selling their products leading customers to believe they may have been safer than they actually were. The wording in their adverts, packaging and TV commercials was called into question. Benjamin Moore’s TV ad showed painters in a nursery while a baby slept and included the voiceover: “If you want a paint with no harsh fumes; if you want a paint that is safer for your family and the environment, only this can. Natura by Benjamin Moore”.

Imperial Paints claimed that its Lullaby paint was the “safest paint available” and “did not contain toxic chemicals”, and was “Newborn baby-safe. Pregnant mom-safe. Safe enough for kids to paint with.”

ICP Construction claimed its Muralo BreatheSafe Paints were “free of VOCs” and “formulated with no harmful solvents and based on sustainable chemistry technology.” Ads claimed BreatheSafe was “ideal for nursing homes, schools, babies’ rooms and health care facilities.”

To make matters worse both Benjamin Moore and ICP Construction displayed environmental seals on their packaging without disclosing to consumers that they had “invented” these and awarded them to themselves.

In Benjamin Moore’s case, the company placed a “Green Promise” seal on its Natura paints but did not reveal that the official looking seal was in fact of the company’s own creation.

ICP included an “Eco Assurance” logo on its BreatheSafe paints, giving the impression that the products were endorsed or certified by an independent third-party. In reality, the seal was created by ICP marketing department.

The changes that were ordered for settling the case

In settling the FTC charges, the companies agreed to four provisions designed to ensure they did not engage in similar conduct in the future. The companies were:

In April 2013, Home Depot USA agreed to settle a lawsuit over VOC paint claims for $8 Million. The lawsuit filed by the South Coast Air Quality Management District (SCAQMD) alleged that the company sold thousands of gallons of paint and architectural coating that contained an illegal amount of VOCs – exceeding the limit of 50g of VOC per liter.

AQMD said that the products were available at stores even after Home Depot management had been notified of the problem and that some of the products had been marked down for quick sale.

Prior to the lawsuit, Home Depot had undergone SCAQMD investigations between September 2009 and April 2010; the agency had found violations in over 15 locations. SCAQMD alleged that Home Depot had continued to sell paint laced with illegal amount of VOCs even though it promised to have corrected the problem following a warning by the agency.