As the world continues to fight the coronavirus pandemic there is a growing body of evidence that shows air quality has played a significant role in both the transmission and health outcomes of those affected by COVID-19.

The outbreak which began in Wuhan, China quickly spread around the world and spiked in countries including Iran, Italy and Spain.

The medical evidence showed that people with pre-existing respiratory conditions were most at risk and many of the reported deaths were individuals with a previous history of respiratory disease.

But what caused these individuals to have respiratory diseases in the first place and what linked the spikes in Wuhan, Iran, Italy and Spain?

Mounting evidence and the results of the latest studies point to air pollution.

The overlap of highly polluted spaces such as northern Italy and pandemic hotspots is stark, additionally a link between air quality and the 2003 Sars outbreak is already known.

Air pollution may be important in 3 ways:

Although still preliminary, the hypothesis is that high levels of air pollution may be one of the most important contributors to deaths from Covid-19.

In a Germany study, analysis showed that of the coronavirus deaths across 66 administrative regions in Italy, Spain, France and Germany, 78% of them occurred in just 5 regions – and these were the most polluted.

Areas of the world with highest air pollution seem to correlate to those with highest incidences of coronavirus cases.

The research examined levels of nitrogen dioxide (a pollutant produced from diesel vehicles) and weather conditions that can prevent dirty air from dispersing from around a city. Out of 4,443 deaths over three-quarters were in 4 regions in northern Italy and one around Madrid in Spain. These 5 regions had the worst combination of NO2 levels and airflow conditions that prevented dispersal of air pollution. The study noted the Po Valley in Italy and Madrid are surrounded by mountains which helps trap pollution, an indication there might be a correlation between the level of air pollution, air movement and the severity of coronavirus outbreaks. 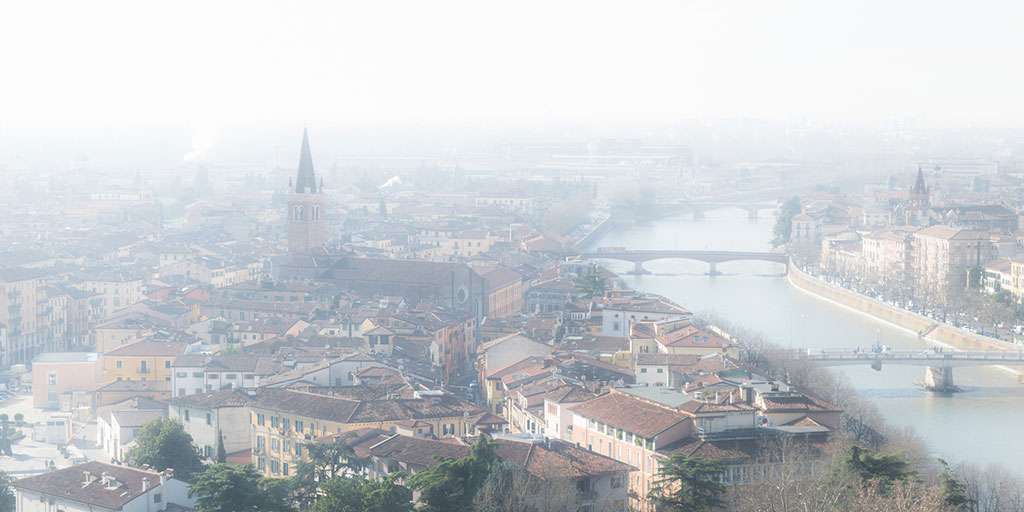 A separate study published on 7 April looked at fine particle pollution (PM2.5) in the US and found even small increases in levels in the years preceding the pandemic were associated with far higher Covid-19 death rates.

Researchers at the Harvard TH Chan School of Public Health in Boston analyzed air pollutants and Covid-19 deaths up to 4 April in 3,000 US counties covering 98% of the population and found an increase of only 1μg/m3 in PM2.5 particles was associated with a 15% increase in the Covid-19 death rate.

The authors said the results highlighted the need to keep enforcing existing air pollution regulations, and that failure to do so could potentially increase the Covid-19 death toll. Ironically, the US Environmental Protection Agency suspended its enforcement of environmental laws on 26 March.

Another preliminary study from the UK showed London, the Midlands and the north-west England had the highest levels of nitrogen oxides and higher number of coronavirus deaths.

In another important development, coronavirus was detected on particles of air pollution by scientists investigating whether this could enable it to be carried over longer distances – thereby increasing the number of people infected.

Italian scientists collected outdoor air samples at one urban and one industrial site in Bergamo province and identified a gene specific to Covid-19 in multiple samples.

Lead scientist Leonardo Setti at the University of Bologna said it was important to explore whether the virus could be carried more widely by air pollution. Two other research groups have suggested air pollution particles could help the coronavirus travel further in the air.

It is not yet known whether the virus remains viable on pollution particles and in sufficient quantity to cause the disease.

However, previous studies have shown that air pollution particles do harbor microbes and that pollution is likely to have carried the viruses causing bird flu, measles and foot-and-mouth disease over considerable distances.

The potential role of air pollution particles is linked to the broader question of how the coronavirus is transmitted. Large virus-laden droplets from infected people’s coughs and sneezes fall to the ground within a meter or two. But much smaller droplets, less than 5 microns in diameter, can remain in the air for minutes to hours and travel further.

Researchers say the importance of potential airborne transmission, and the possible boosting role of pollution particles, mean it must not be ruled out without evidence.

Take control of the air you breathe

Monitoring and measuring the atmosphere using sensors to sample the air quality means you receive data to make decisions about what you breathe.